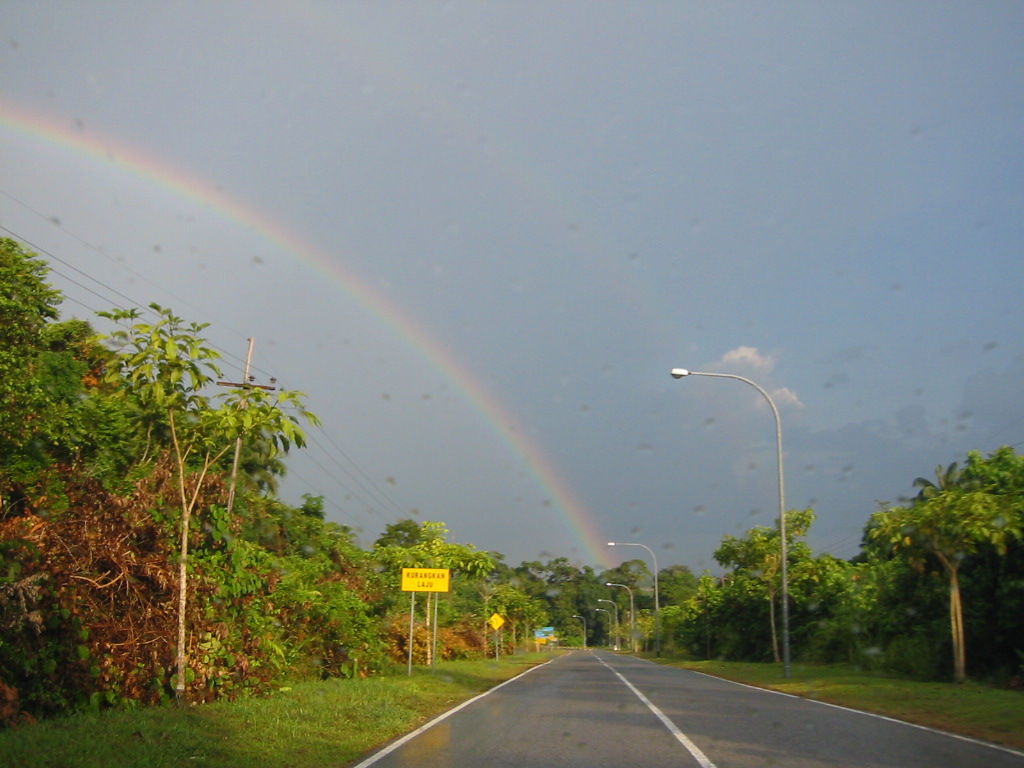 The adage “To seek beauty is a woman’s instinct” has led me through an endless abyss of pain.

When I was 15, my mind had been deeply influenced by the TV shows, movies, entertainment magazines and fashion trends I had been exposed to; I wrongly believed that being tall and slim was the only aesthetic standard. In fact, I had been an athlete who maintained a healthy weight. Because of these wrong values, I ignored my height and frame and blindly pursued a continual quest to reduce my weight. I was obsessed. My moods fluctuated with my weight daily.

Like so many before me, I chose the worst and most ineffective way to lose weight – trying not to eat anything! In fact, with continuous lack of adequate nutrition, the body accumulates fat causing weight gain. Lack of proper nutrition also seriously affects the whole body, bringing more ill health. This includes pre-mature aging, memory loss, bulimia, anorexia, stomach/gastric problems, infertility, depression and so on. I also completely abandoned the basic health principles my primary school teacher had ingrained in us: “Early to bed and early to rise, take a good breakfast, a full lunch, a moderate dinner, balanced, nutrients, six to eight glasses of water, not neglecting to exercise and take good care of your mood.”

Young and foolish as I was then, I sank deeper and deeper into the pit. I was frequently in hunger and my mood was depressed. That year I had to cope with the added study load in preparing for my PMR examinations. The results of that examination would decide whether I could enter the Science stream. Gradually, I found myself unable to concentrate on my studies as I was always sleepy. I did not know then that all these were due to my improper strategy of weight reduction. With the torture of the stress and prolonged starvation, I suffered bulimia. Whenever I was emotionally disturbed, I would eat. I put on weight instead. I was frustrated and lost.

I felt that my parents never cared about me. They were seldom at home and very often I was left home alone. I felt so alone and uncherished. I had started to wear glasses when I was in Primary Three and I have natural curly hair. My schoolmates used to make fun of me for being so ugly. All these made me feel very inferior. The impact of improper and unsuccessful weight reduction, stress from study, coupled with the inferiority complex, gave rise to the start of suicidal thoughts in me.

One day, after a dispute with my parents, I took a bottle of pills and swallowed them. I slept. During the middle of the night I felt extremely uncomfortable and I had no choice but to call my parents for help. I felt hot and cold, trembling, and later lost consciousness. My family rushed me to the hospital emergency. I remember I could faintly hear my family members calling me as they tried all ways to wake me up. I still felt giddy and could not walk steadily after discharge a few days later.

Two months after recovery, I continued to lose weight. However, it was not long before suicidal thoughts returned. I bought 100 tablets of a painkiller, dissolved them in a bottle of milk and drank half of the bottle, thinking that everything would be over after a sleep. But, I woke up with severe stomach cramps instead. I frankly confessed my deed to my parents. They took me to the emergency room for gastric lavage. It was painful as the tube was inserted through my nose into the stomach. The nurse took some time for the painful procedure which was traumatic and resulted in bleeding. I was in the hospital for several days this time. The doctors and nurses only had sighs as they saw me, wondering why a girl at such a young age would want to end her life. I was referred to see a psychiatrist but it did not help much.

I quickly fell into a vicious cycle of weight loss – hunger, depression, overeating, weight gain, guilt, despair and suicidal thoughts and actions. I have tried insecticide mixed with cola, a handful of leftover medicine given by our family doctor, and drank disinfectant. Fortunately, nothing happened. I was thinking of all ways to end my life; living in this world was meaningless, painful and hopeless. Because of my suicidal tendencies, my parents decided to move in and live with my grandparents. There were five adults guarding me then!

My obsession with weight loss continued to cripple me. At one time, I did not take any solid food and lived only on weight-reduction drinks. My bulimia returned and I suffered a nervous breakdown. I decided to leave for a faraway place to end my life so that nobody could have any chance to save me. That day, I escaped from school, took an eight hour journey by bus to another town. I bought a blade, checked into a hotel and cut my wrist. Fortunately, the bleeding stopped after a while. I had my wound stitched in the hospital the next day. I contacted my family to take me home. I could not imagine how anxious they must have been during the period I was missing. They had even lodged a missing person’s report with the police. It also caused a stir in my school. No one could understand why such a good performer had suddenly dropped so drastically in her studies, frequently missing classes and even to the point of skipping examinations.

Besides forgiving me and receiving me with love when I returned, my family also prayed unceasingly in tears for me. They arranged a pastor to counsel me. From that point on the thought of committing suicide has never returned. However, my obsession still came back to haunt me from time to time. Within one year I put on 10 Kg and my weight nearly reached 60 Kg. That year saw my last attempt to lose weight. I had tried to take diet pills to slim down faster. Instead, I ended up with d iarrhoea, high fever and body pain for several days. I did not dare to attempt to reduce weight again after such an experience. However, I lost a lot of weight after that. Later my appetite returned and my weight also returned to normal. I had wasted a year of study and my position dropped from top to the bottom of the class. The cost of wasting one year for the sake of weight loss was really far too great. I lived in darkness everyday, and I was helpless.

I thank God for my loving family and their faithful prayers. I was safe. However, God’s words had not taken root in my heart and I did not know that Jesus is the Saviour. I had not invited Jesus to be the Master of my life. I went through two more rebellious periods during the subsequent years. I truly believed in Jesus when I was studying overseas. I confessed that I was a sinner and repented unto God. I was freed completely, living on correct life values.

We are precious to our heavenly Father and God has a plan for our lives. We need to return to God in order to find the true meaning and right values of our lives. God led me to complete my studies and later to marry the man He had chosen for me. He taught me to rely on him to clear every storm of my life. I had learnt how to entrust my everything to Him in prayer. After seven years, I have personally experienced Him as a true and living God, full of justice and mercy. He always brings me back to the right path through His discipline.

I wish that all parents knew how to rely on God’s grace to restore their children from wallowing in sin so that they can also rely on Jesus’ salvation to start life anew on the right path.

The following poem is a reflection of my life and my future hope:

In my despair and pain, a dawning light shines on my heart,
He is my Wonderful Savior who forsook heavenly glory to come to earth,
He faced crucifixion on the cross, willingly to suffer to cleanse me from my sin,
I want to sing Hallelujah to my Wonderful Lord, never again will I despair.
His merciful love of goodness, leads me through stormy waves,
He is the bright Morning Star, bringing me endless hope.

Savior Jesus Christ ascended into heaven, to prepare a place for me,
He will come again and take me home, to be with the Lord for eternity,
There will be no pain nor sadness, only smiles of joy,
All the saints will gather at the bright Holy City, wholeheartedly praise His grace.
His merciful love of goodness, leads me through stormy waves,
He is the bright Morning Star, bringing me endless hope. 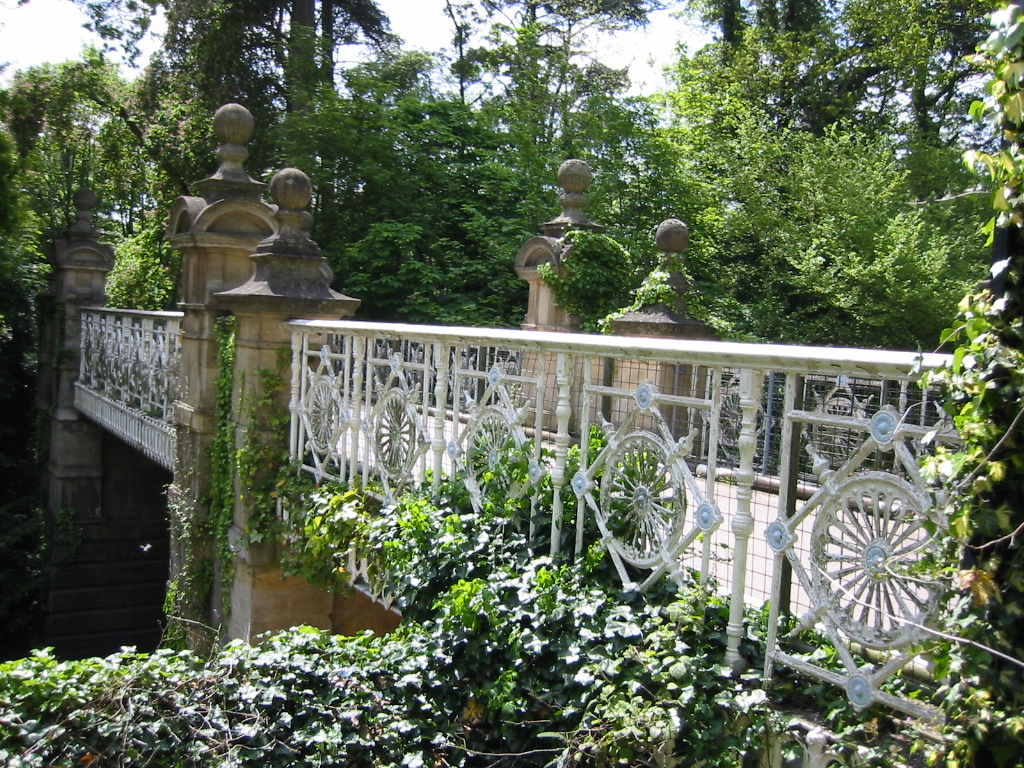